Better Talk About Your Problems

Last week the Russian MOD put on an extravaganza.  Army-2015 was a huge public exhibition of the latest and greatest Russian military technology and equipment.  It was a major patriotic event designed to boost the average Russian’s pride in his or her armed forces.

Army-2015 was not intended as a forum for discussing the Russian military’s deficiencies and difficulties.  However, the venerable BBC Russian Service interviewed four well-known commentators attending the show about this very issue. It’s a topic no longer easy to find in the Russian media.

The BBC turned first to State Duma Deputy Vyacheslav Tetekhin from the KPRF who pointed to the Pentagon and its penchant for airing the U.S. military’s problems to identify and resolve them.  Tetekhin said Russia very much lacks similar discussions in its legislature and military ranks. 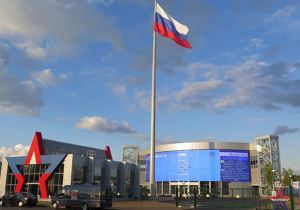 The British broadcaster asked these observers to name weak points in Russia’s military which — in their opinion — need to be fixed immediately.  The experts listed five:

That “incompleteness of the material base” sounds like defense industry is missing skilled workers, part and component suppliers, and sub-contractors who traditionally supported big arms makers. Moscow was compensating for this with foreign purchases, but it is now preoccupied with arranging for domestic import substitution.

Tetekhin expressed his concern about who will design Russia’s future weapons systems.  The skill of those working in R&D today is “an order lower” than the previous generation, he says.

For Konstantin Sivkov, the main problem is that the armed forces aren’t large enough.  He says they need to be 50 percent bigger to defend the country. More modern weapons answering modern requirements are also needed.

Igor Korotchenko sees the lack of drones — tactical to strategic and strike variants — as Russia’s most important military shortcoming.  He also complained of changing priorities and arbitrary decisions made by new defense ministers, especially regarding arms purchases.  As a remedy, he calls for permanent deputy defense ministers and service CINCs.

They tried virtual life tenure for deputy defense ministers and CINCs in Soviet times.  Didn’t work out too well.  It was a true recipe for arbitrariness and stagnation.

Lastly, the BBC quotes Konstantin Bogdanov, who gives us the most thorough summation of where the RF Armed Forces are today.  It’s worth quoting verbatim:

“The first and main problem is the unfinished state of the military reform, launched at the end of the 2000s, and repeatedly changed in its particulars. Both under Serdyukov and under Shoygu.”

“The second problem is connected to the still not overcome so-called ‘procurement holiday of the 1990s.’  The fact is a significant part of equipment, which should have been withdrawn from the inventory at the start of the 2000s and replaced with new models, is being replaced only now.  Fifteen years at a minimum have been lost.”

“This led, in particular, to an entire range of industrial enterprises, to use a sports analogy, ‘getting out of shape.’  Over the course of a long time, they couldn’t support the delivery of necessary equipment and armaments with the required characteristics and production costs.”

“This situation is being corrected somewhat, but at the end of the 2000s it was completely outrageous.”

“The manning problem is connected with the demographic hole.  They have to drag people into the army, I wouldn’t say with a lasso, but with a very sweet cake — pay.”

“There is yet another problem — the need for large infrastructure outlays.”

“This is enormous money, and how all this will look under difficult financial conditions is hard to say.  The army is eating lots of resources, but it has gone halfway and stopping here wouldn’t be right.”

6 responses to “Better Talk About Your Problems”